Rising 300 metres above the grass-covered plains that surround them, the orange and black sandstone domes known as the Bungle Bungle are one of the world’s most fascinating geological landmarks.

The World Heritage-listed Bungle Bungle Range in Purnululu National Park is one of the most famous symbols of the Kimberleys. Astonishingly, until 1983, few people outside the Traditional Owners and local pastoralists knew of its existence. From the air, giant rocky domes rise abruptly from dusty savannah plains, appearing like beehives, striped with cyanobacteria. Ancient palm trees seem incongruous, and isolated waterholes persist into the searing dry season.

Its location is remote, 300 km | 186 mi south of Kununurra, and you’ll need to drive by 4WD or fly there. But don’t let that deter you. This is perhaps Australia’s most striking and surreal landscape. 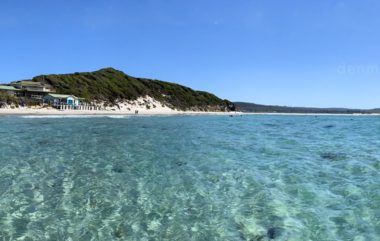 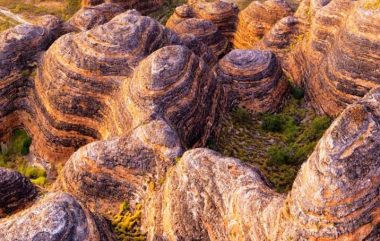 BUNGLE BUNGLES Rising 300 metres above the grass-covered plains that surround them, the...

Inspiring travel itineraries and expert advice delivered to your inbox.